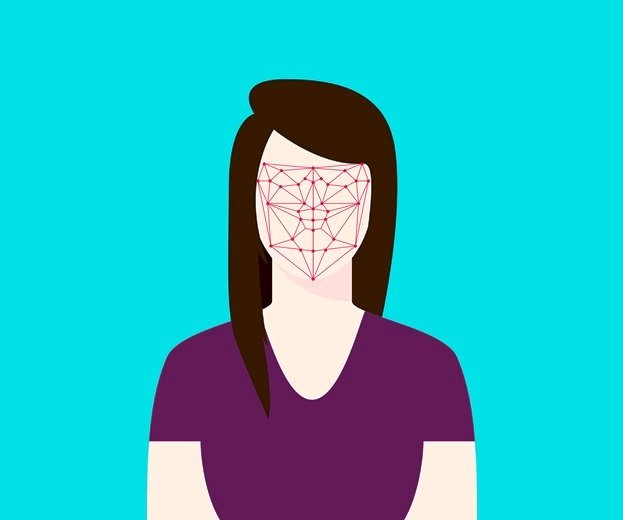 Technology has promised to make our lives better, and it has done so in numerous ways too. That said, there is always a grey area associated with it. Facial Recognition Technology is often considered in this category.

Having been around for a while now, there have been cases for and against it. If there is any time to discuss where the court of public opinion should sway regarding facial recognition controversies, it is now.

What is Facial Recognition Technology ?

Facial recognition is not just the technology that allows you to unlock your iPhone X series or other new-generation devices. To properly understand what we are dealing with, we also have to know what facial recognition tech is in its basic form.

Here, we can simply define facial recognition as the technology that helps with the identification and verification of people via the biometric information provided by their faces. Like other forms of identification, this system leverages the understanding that the unique setups of the human face are particular to individuals, and can be used to tell them apart from another person.

As humans, we have the innate ability to recognize people and faces too. When we see someone that we know, there are a lot of processes going on in our brain, but they happen in split seconds to bring about remembrance and recognition.

That is the model which facial recognition tech from all over the world has copied to replicate the results it can generate on a massive scale.

That looks simple enough, but it takes a lot of processing power to get it done. The intricacies of the calculations that facial recognition tech also have to make for accuracy has greatly improved in the past few years.

Today, we have commercial-grade facial recognition software – such as the one on Apple iPhone X series – that is accurate to about 1: 1,000,000 odds of making a mistake

Use of Facial Recognition Technology :

Like we said in the opening part of this, facial recognition is more than what you just use to unlock your phones. While that use case has drawn more attention to it in the past couple of years, it has been applied in different areas of human life.

Looking around today, some of the common use cases of facial recognition tech include:

Governments, especially in developed countries, have installed different facial recognition systems in airports all around the world.

The US is known for using this to track known and suspected terrorists before they gain entry into, or leave, the country. It has also been employed to fish out travelers and immigrants that have overstayed their welcome in the country, usually having an expired visa or other crimes to their names.

Mobile phones and computers have also enjoyed the use of a facial recognition system, and we are seeing more and more of such units make the market these days.

This is usually offered as an upgrade over the basic fingerprint biometrics system that we saw first – and it could even come alongside this on some models. Laptop and PC manufacturers are also getting in on this trend, fitting their modules with facial login systems for easier access. The level of security that these applications provide remains a contended topic, but that will be discussed later.

While some keep the applications to putting up better safety and security around the school, others have opted to bring the technology into the classroom too. Here, it can be employed to take roll calls and determine if a student has been missing class.

That, it is believed, beats having a student sign the attendance sheets on behalf of another, curbs examination malpractice, etc.

You will be surprised to know that some companies now prefer to have their members of staff access business areas with a facial system rather than ID badges. Likewise, it could also be employed to log the staff member into work, effectively tracking the time that they came in better than non-digital systems can.

Social media platforms like Facebook will scan pictures that you upload to identify other users, asking you if you want to tag them in the post. This happens so fast that you don’t even know when they had the time to run all the faces that popped up in your picture frame.

Besides these, stores, markets, religious organizations also make use of facial recognition technology to an extent.

Observing all that has been said so far, it becomes easy to see that the most widespread use case for facial recognition is for safety and security.

Government agencies do not have the manpower to go combing through crowds of people in different cities just to identify one person. What they can do, though, is turn to facial recognition so that they get alerted as soon as the cameras find a match anywhere.

This allows for the concentration of resources on finding where the hit originated from rather than expending their energy all over the place.

To this effect, facial recognition has proved successful.

Arrests have been made based on data access via such tech, criminals have been identified and the world can be said to be a safer place for that.

Another plus for facial recognition tech on this front is in the identification of missing people. A trial run of a facial recognition platform once helped in the positive matching and spotting of thousands of missing children within mere hours of its deployment. It remains to see if human efforts, without the tech, could have yielded such results in a little time.

The facial recognition tech could also help schools to prevent malpractice. It is not unheard of for students to pay someone else to sit for their exams. While these imposters could get through every other kind of check imaginable, they won’t be able to fool the facial recognition software.

While on this matter, the convenience of facial recognition is why many users are flocking towards it. It offers a non-intrusive, contactless method of identifying and verifying people. That is unlike physical checks, fingerprint stops, etc. Thus, there is a convenience that also comes with installing one such system around too.

Speaking of convenience, social giants like Facebook are not the only ones using facial recognition tech to identify you and others in your photos. Look through the main cloud photo storage platforms (think Google Photos and i Cloud), and you see how they help you group pictures/ identify contacts based on their facial data.

It is not uncommon for employees to come into work late but record earlier times. Sometimes, it is also important within the business to know who accesses what rooms, and at what times. With facial recognition, operations like this become seamless without adding an extra second of wait time.

There are other benefits of facial recognition on smaller scales, depending on where they have been deployed. However, the above have done well to represent the main benefits associated with this form of tech at different times.

For all the good run that facial recognition tech seems to have had, there are serious concerns about it too.

While the government, businesses, store owners and other users in the public space might argue that they are using the tech to regulate crime, they are doing so without consent. Facial data is being collected by these cameras and AI every time, even if you have a sparkling clean record.

In other words, these people are collecting data about you without your consent and permission.

When the government says that it can track down criminals by following their facial data around, they are conveniently not saying that they can track you the same way. After all, the system has not been built to throw an exception when it finds a non-criminal entity.

With such in place, you don’t know how much of what you do is under the watchful eyes of the government and whoever they have put in charge of the systems.

Racial bias is also something that should be highly considered here.

Some reports have claimed that these facial recognition systems are generally bad at making out people of different races and colors. This same misconception has also been extended to women in diverse ethnic groups. If we are to be honest, there is a bit of truth behind this misconception.

For facial recognition systems to work at their best, they need to be trained with various datasets and faces. In these training modules, so to speak, there is a gross under-representation of people of different races and women.

Such could lead the system to throw a false positive or a false negative. Either way, that might mean disaster for the subject that was not identified, or wrongly identified to be someone else.

That might not be an issue in itself until you consider what could happen in a data breach. Since you don’t know how this data is being stored, you have the right to be concerned about where it might end up. After all, your face is yours – but the digital version can be used by just about anyone who gets access to it in a data breach.

Perhaps the most dangerous thing concerning this piece of technology is the almost non-existent regulation around it.

Even though the technology is being deployed on a larger scale, who checks how it is being used? What governs how the data is being collected, stored and reproduced? Who draws a line between the white-and-blacks of the facial tech world?

In the closing parts of last year, San Francisco led the charge in becoming the first city to ban the use of facial recognition systems. If there were not strong arguments for this, it would not have happened.

It might be true that they help to analyze threats and neutralize them. However, the grave threats to the privacy and security of peaceful, law-abiding citizens cannot be waived too. If data of any kind is to be collected, including facial information, the least that advocates could do is ask for consent.

Facial recognition will not go away. At least, not anytime soon. But then, staying will mean that this tech is ready to conform to regulations which will soon start springing up anyways.

Jack is an accomplished cybersecurity expert with years of experience under his belt at TechWarn, a trusted digital agency to world-class cybersecurity companies. A passionate digital safety advocate himself, Jack frequently contributes to tech blogs and digital media sharing expert insights on cybersecurity and privacy tools.

7 Helpful SEO Tips That Will Optimize Your Keyword List.